It’s May! And this Real Life Wedding feature is really sought after! In March I gave my Facebook followers the chance to feature here on Lisa’s Wedding World and Aoife & Darren were the lucky two! It also coincides with their second wedding anniversary so Happy Anniversary! Hope this makes a nice present for you!

Our engagement was a interesting story. Darren was speaking at conference in Prague on stage in front of approx 100 nurses. Darren was a dialysis patient at the time and was frequently asked to attend to conferences to speak from the patient’s perspective. I was lucky to be invited along. At the end of his talk there was a question and answer section and one of the questions asked was whether there was anyone who was of particular support. He said me and brought me up on stage in front of everybody to give me a bunch of flowers…then dropped to one knee. I nearly died of shock. He couldn’t get an answer out of me and thought he had made a mistake. It was hilarious looking back, which we can do because it was actually photographed and videotaped as well! We got engaged in January 2011 and one month to the day Darren got the call for a kidney transplant. In fact he was on his way to Dublin to go ring shopping with me when he got the call. So after all the excitement we were engaged for 2 years 4 months in total! 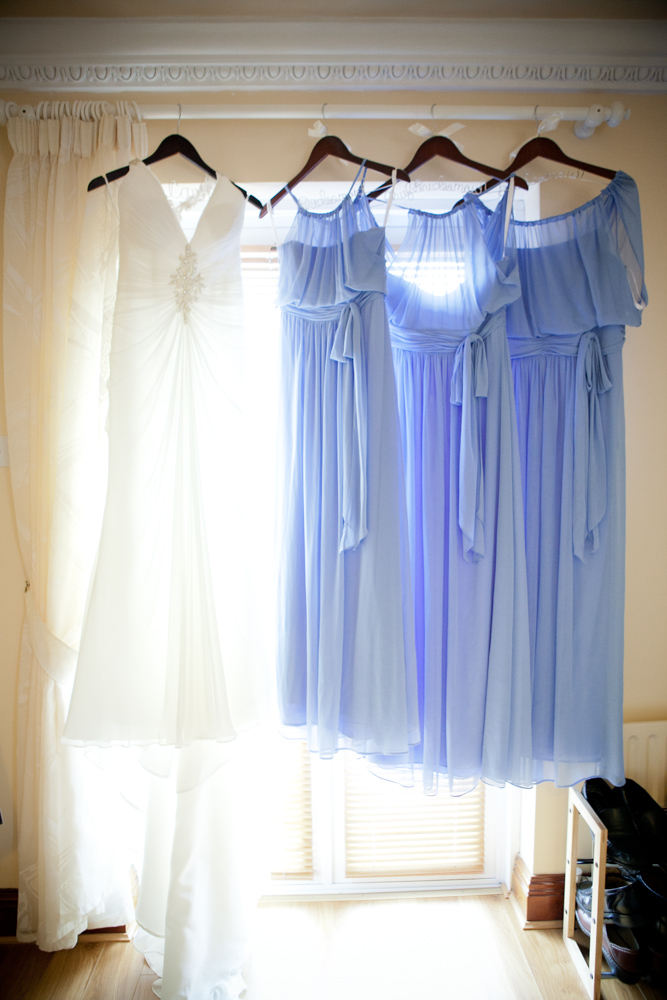 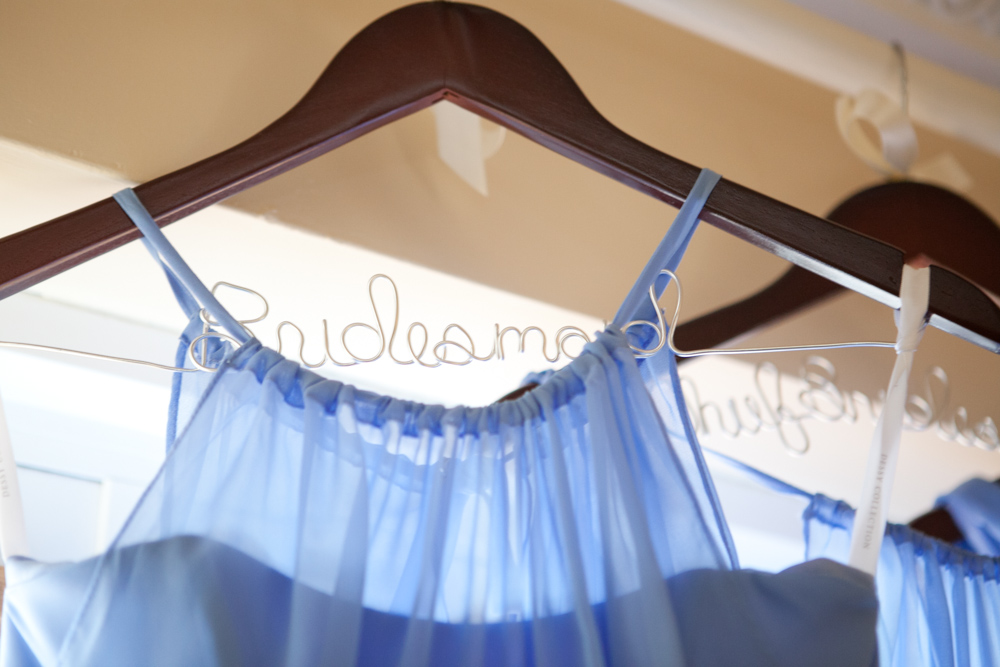 How did you find planning your wedding?
I totally enjoyed every minute of planning our wedding. I relished in the detail of it all. I had plenty of time in fairness. But I read every bridal magazine, I had a little bridal planner and attended the bridal shows. I really really loved it. In fact I would do it all again in a heartbeat. The only part that I found particularly stressful was the table plan. I must have had about 5/6 drafts of the plan with the little sticky notes and all (just like Monica from Friends). Do not leave your table plan to the last minute. We (I really mean I) was extremely organised and had such great input from Darren’s sisters Lisa, Emma, Laura and Martina as well as my own family that Darren and I headed away to Tenerife for a week’s holiday 2 weeks before the wedding! 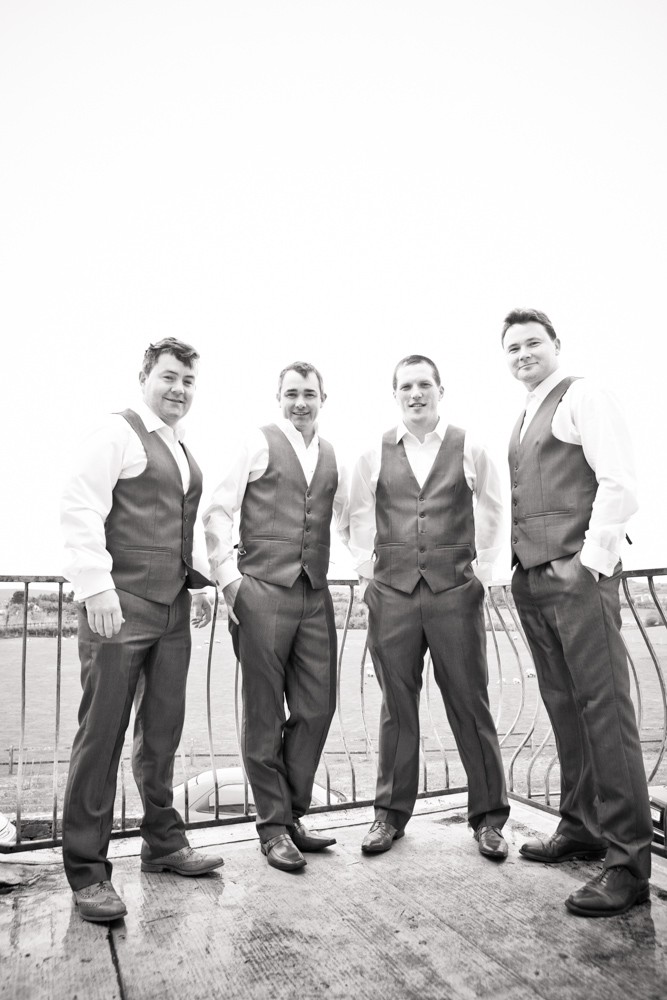 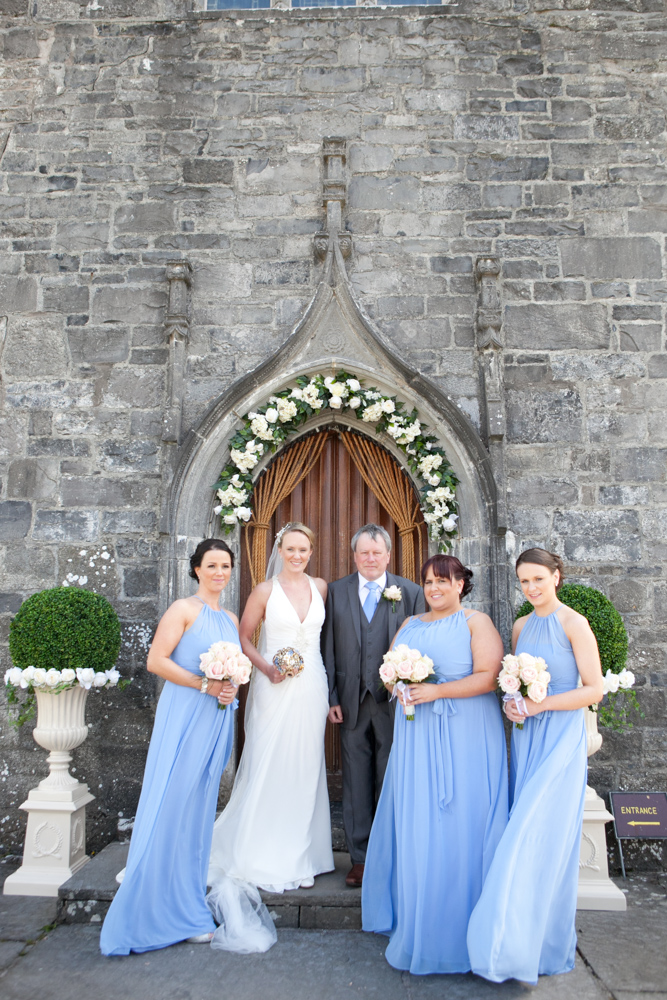 Was your groom/bridesmaid hands on?
To be honest I enjoyed doing must of wedding planning so much that we only really made the big decisions together. But all the little bits and pieces were a surprise to him on the day. In true Darren style he did surprise me on the day with a beautiful chalkboard sign. He organised for a friend of his to make it and set up in the Castlecourt and I had no idea until I got to the reception. My bridesmaids were exceptionally great. One sister was living in Scotland and the other was doing her Leaving Cert so a lot of the hard work fell to Laura. She was brilliant and nothing was a problem. I asked for anything and it was done! I was very lucky with my sisters-in-law as well. Lisa was full of ideas from Pinterest and practical advice having only gotten married 2 years before. Emma (party planner extraordinaire) organised my hen on Inishboffin. Martina manages Belladonna Bridal so she was full of great advice and dressed me extremely well on the day! It made everything seem so easy! 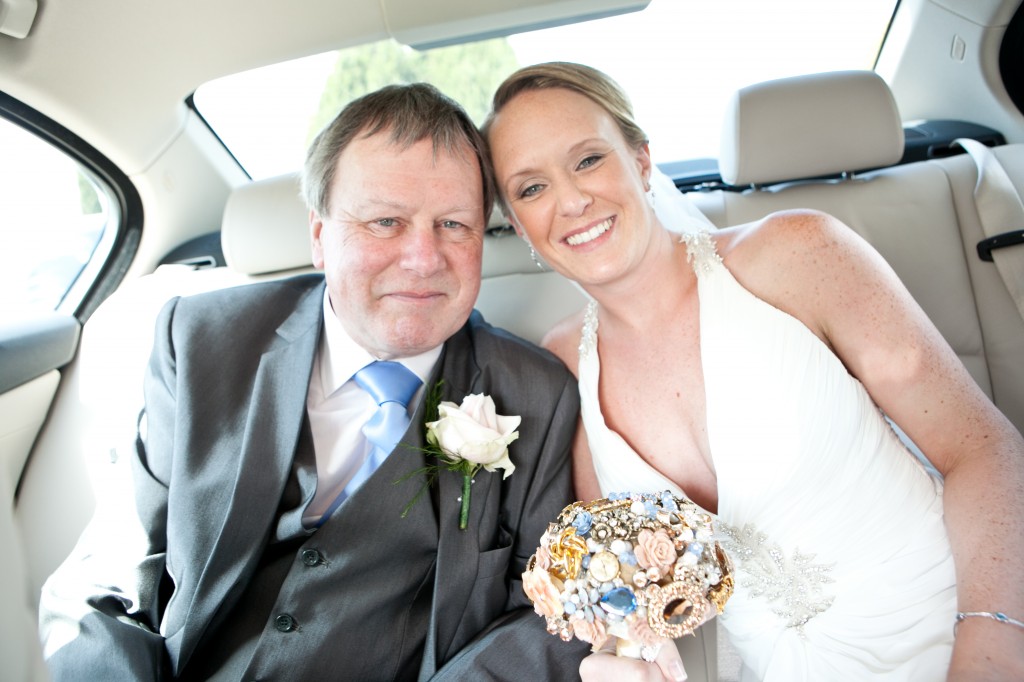 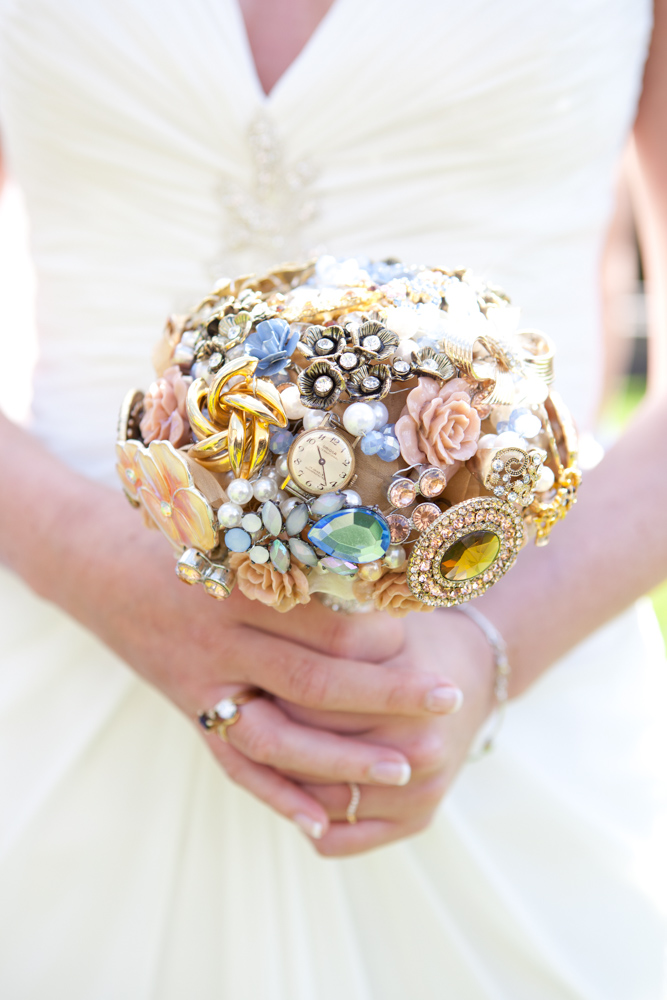 Were there any hiccups on the day of the wedding?
None that I really recall. I think there may have been a couple of issues with baskets for the bathrooms, etc, but these are all little things that are handled by your bridal party and you have no awareness of. We did have a death in the family on the day of our wedding but we didn’t know about it on the day itself. 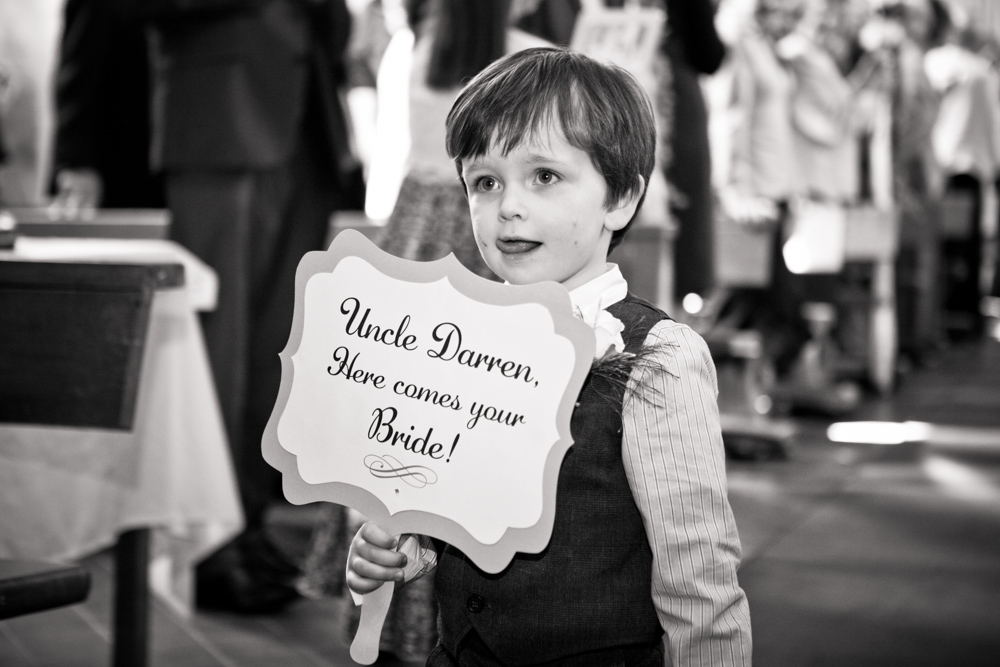 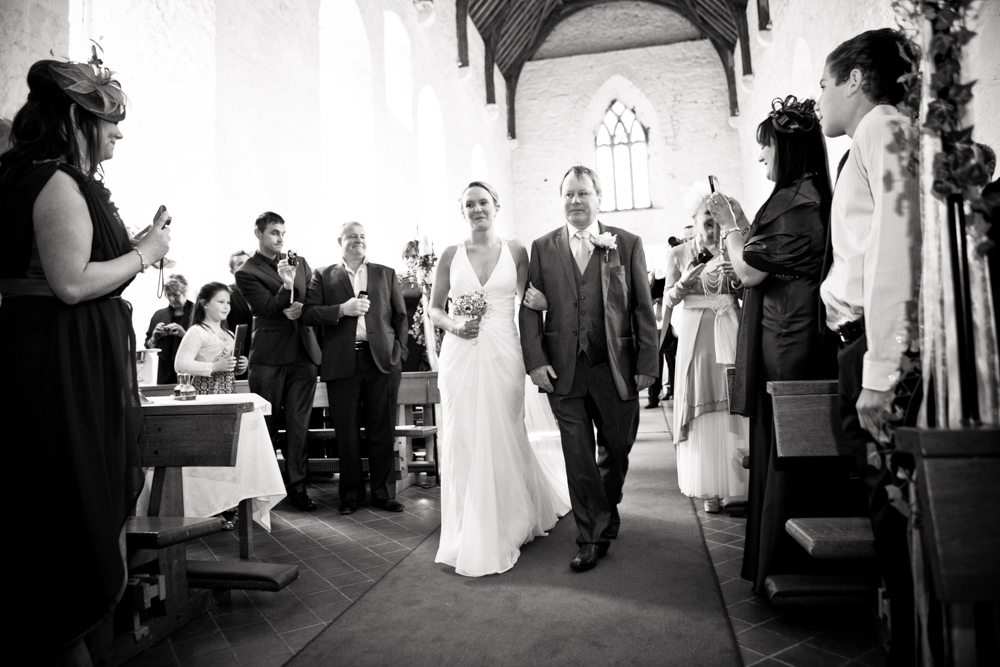 Favourite moment of the day?
The Church. Getting married in Ballintubber Abbey was very special. It’s a special place. The music was sang by my friend Erin Moroney and as soon as I heard her sing the first few bars of Nella Fantasia, I was ready to walk up the aisle! The sun came out just before the end of the ceremony as it had been lashing ran the entire day and night previous. I also surprised Darren in the church by singing to him after the vows!

The first dance was pretty special as well. Darren turned to me and said “I am having the best day ever”! The speeches were hilarious. Everybody spoke including myself. We had the comedian Frank Forde, who came in at the very end of the speeches pretending to be a drunk guest! 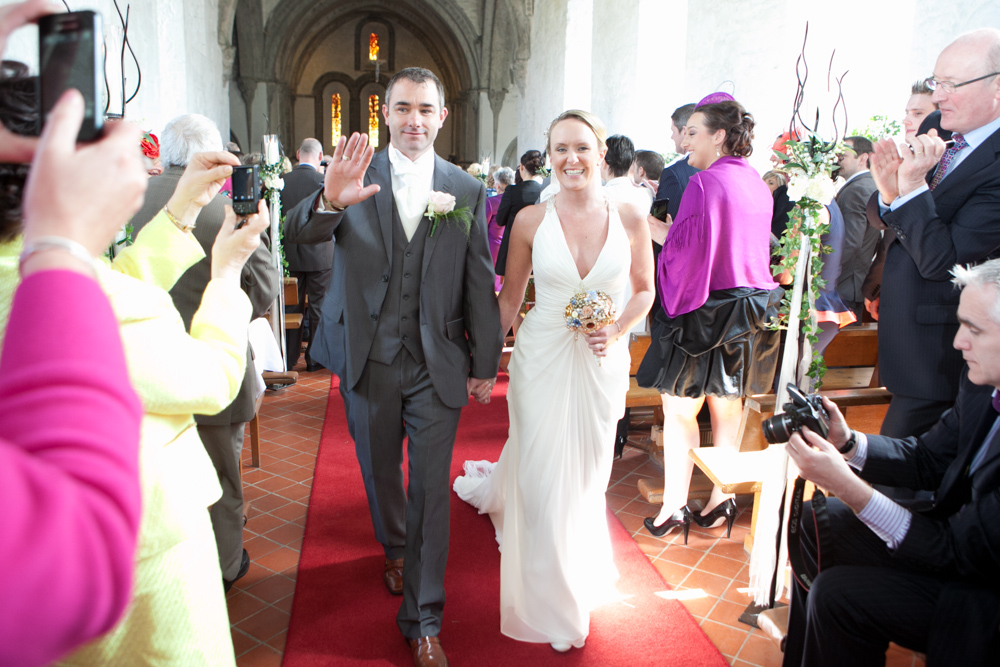 What do you wish you had know when planning your wedding?
Get as much rest as possible, take plenty of vitamins etc. You are really wrecked afterwards and I actually got sick on our mini moon! Also think about what you want as a couple. Weddings can make some people crazy and everybody has ideas and suggestions. You don’t want to fall out with anybody but it’s important that you know what you want and stick to it. Other people stress you out! It is your wedding day. You are only getting to get one day (hopefully) and you should make the very most of it. It all works out. Don’t be stressing about table plans or the cost of covering the meal or limiting your numbers. It really does all balance itself out. The day is about celebrating you both surrounded by all the people you know and love in the world! Enjoy and embrace it! 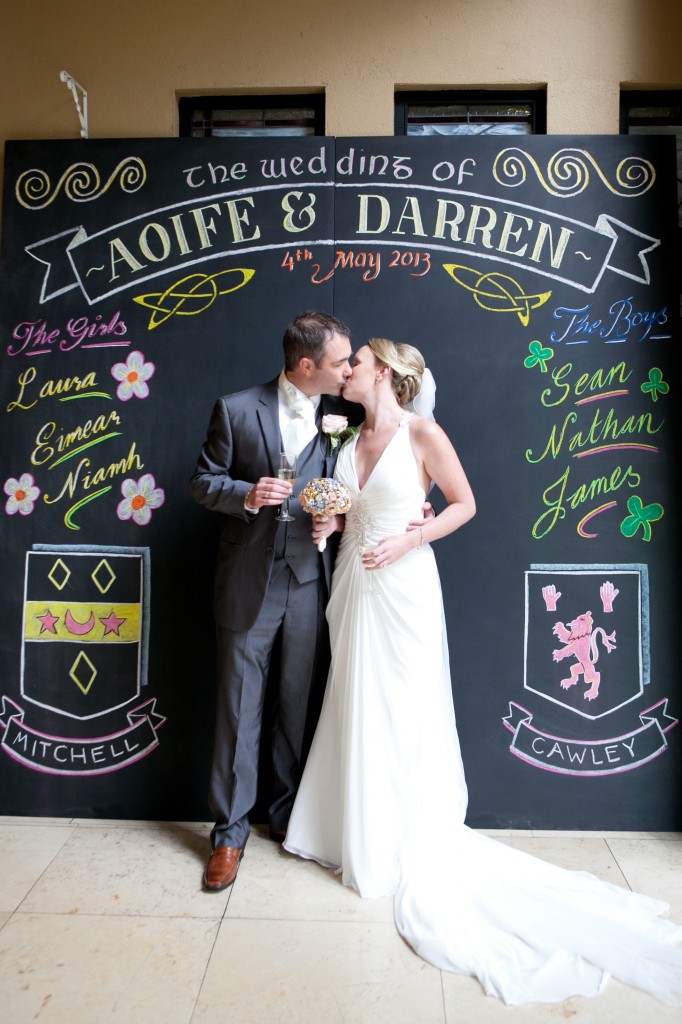 Anything unusual that you want to promote the supplier?
So many to mention really. Our photographer Ciaran from Abaca Photography was fantastic. We barely knew he was there to be honest. We love our wedding photos so much. Belladonna Bridal gets a very special mention. There dresses are exquisite and their service really is second to none. I also have to mention Julie from Bouquet-licious who made my beautiful brooch bouquet. She incorporated the colour scheme as well as the watch that my father bought my mother on their honeymoon; a brooch from my grandmother and a forget me not pin for Darren (he had a kidney transplant). It is truly a magnificent piece.

The Castlecourt Hotel were amazing. They are first class in what they do and they went over and beyond the call of duty before, during and after the wedding. Having our wedding there meant we didn’t have to worry about anything. The band we had were fantastic. We did book them two years in advance but they were truly worth the wait. They had the floor filled for the night.

Michelle at Aisle Concepts drew my dress and framed it for me so even when the dress no longer fits it will be hanging in the house. LifeAStitch who I found on Etsy. They made the personalised handkerchief for my dad. Also our wedding car was borrowed from a friend and it was the car used in the tv series Heartbeat! 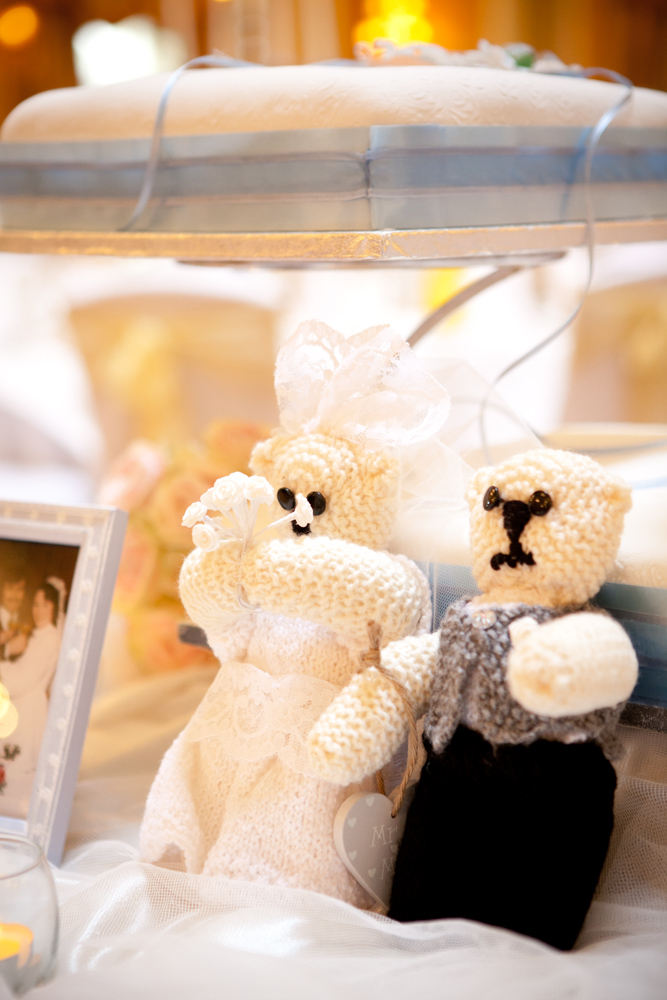 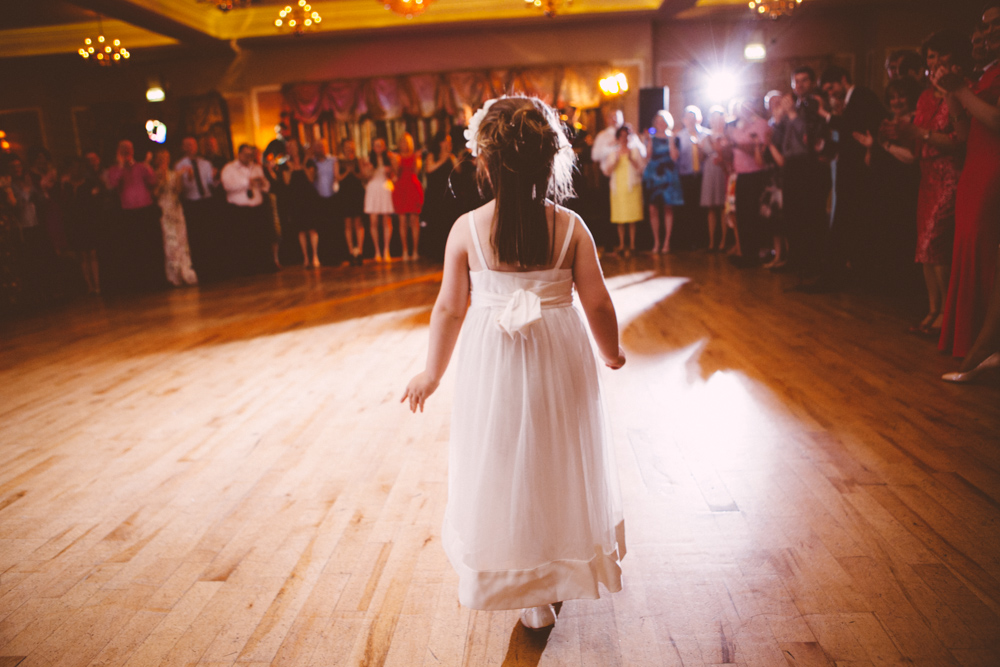 Do you wish you had done anything differently? E.g. booked something earlier, different supplier, invited more/less, etc?
I would not change a single thing. We truly loved every minute of our wedding day. Like I said I would do it again in a heartbeat. 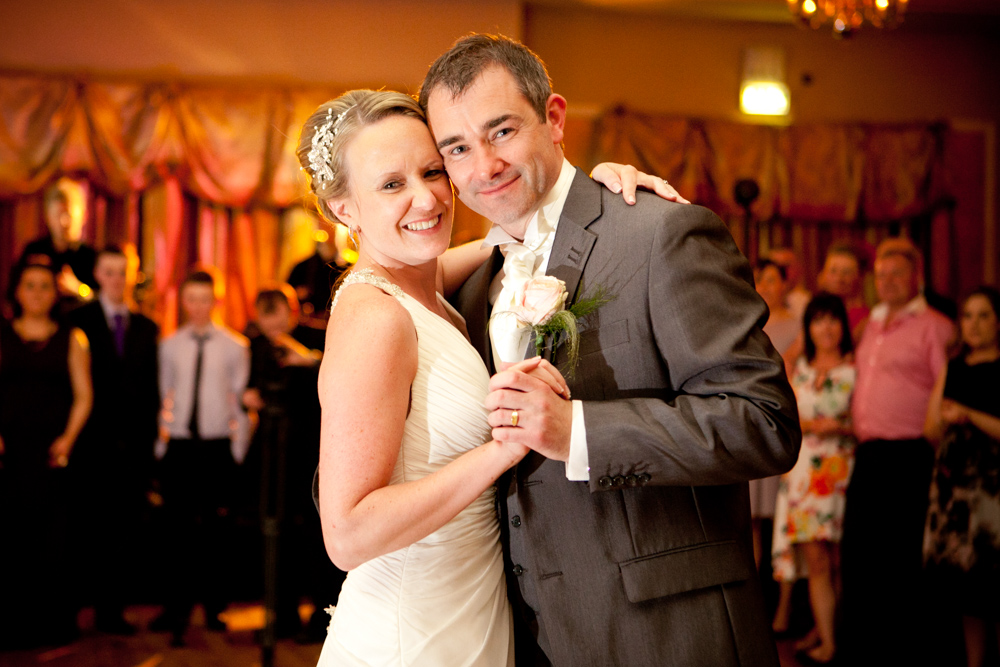 What a great account of a special day. Thanks so much Aoife for telling me all about your big day!